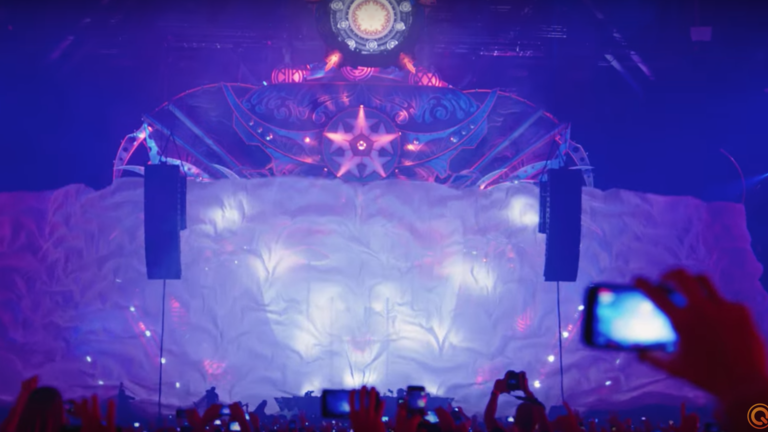 For Qlimax, Pyrofoor supplied a falling curtain system to reveal the stage. The system consisted of more than 100 PowerDrops to keep the curtain – which measured 60 by 20 metres – up and to drop it at the right moment.

Scroll through the video to 5:00 to see the unveiling of the stage. 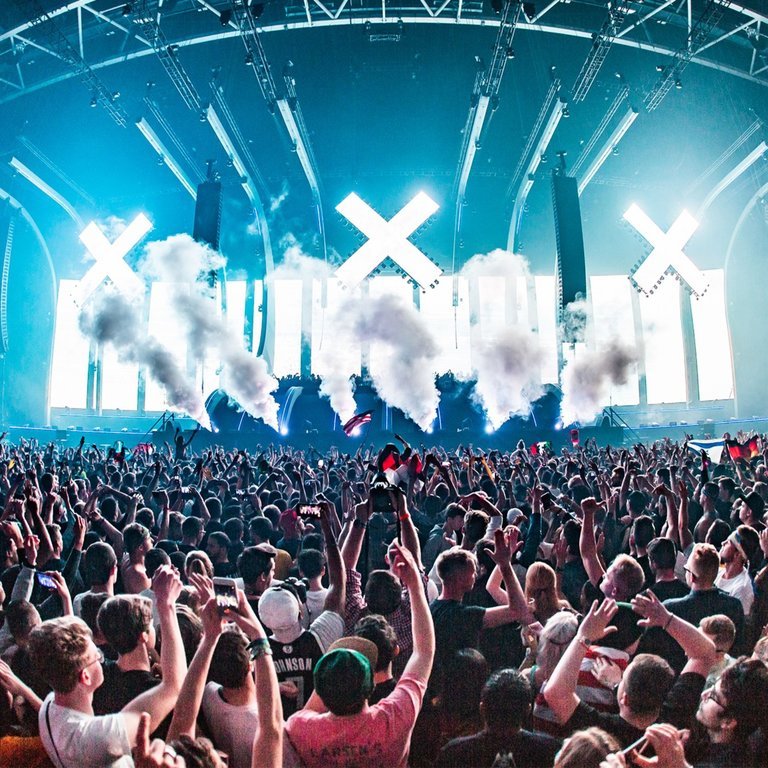 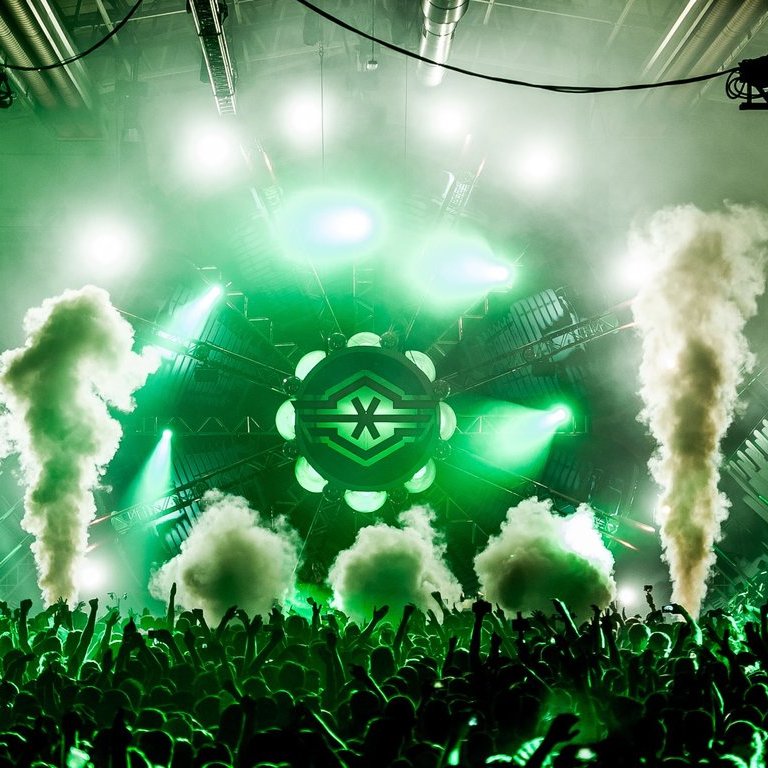 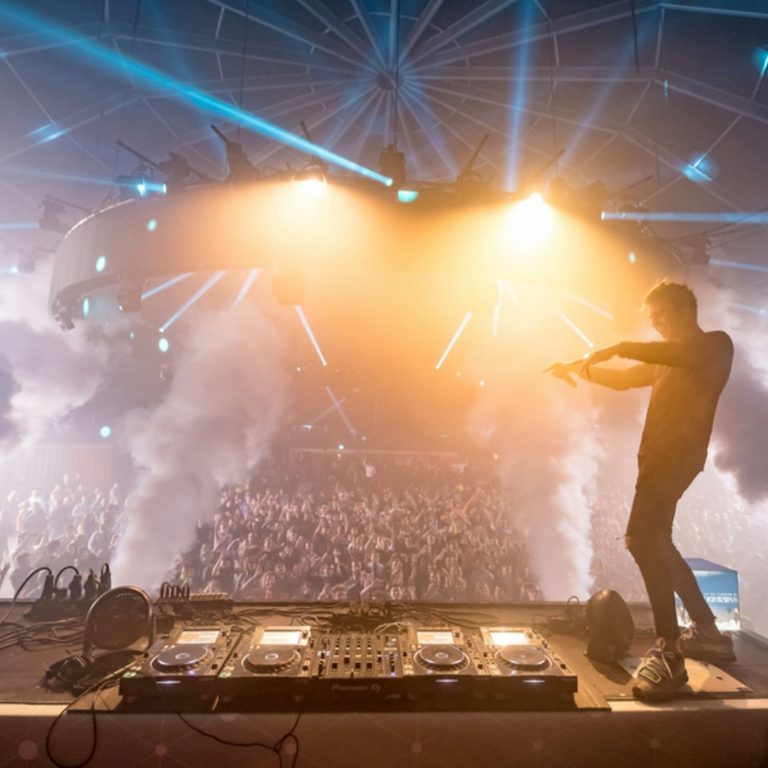 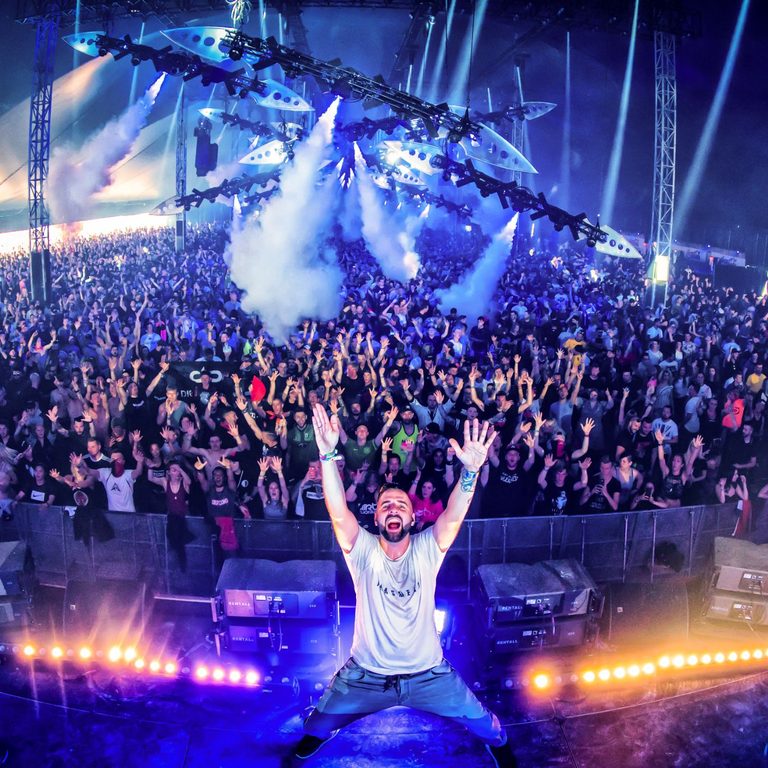 CO2 JET
The CO2 Jet is a simple CO2 device that, when used properly, still gives a great effect. The CO2 JET is one of the most widely used machines in the Pyrofoor de Amsterdam product range for both indoor and outdoor events. The CO2 Jet blows out an impressive white plume of smoke that dissolves as quickly as it appears. This cloud of smoke forms from condensed water vapour from the air. The use of CO2 Jets can lower the temperature in an event hall.

CO2 POWERJET
The CO2 Powerjet is a larger version of the CO2 Jet. It is a simple CO2 device that, when used correctly, still produces an impressive effect. The CO2 JET is one of the most widely used machines in the Pyrofoor de Amsterdam product range for both indoor and outdoor events. The CO2 Powerjet blows out an impressive white plume of smoke that dissolves as quickly as it appears. This cloud of smoke forms from condensed water vapour from the air. The use of CO2 Powerjets can lower the temperature in an event hall.

CO2 GUN
The CO2 Gun is a popular CO2 device. Because a person holds and operates the CO2 Gun, the machine is particularly suitable for use by DJs and similar acts. The CO2 Gun blows out an impressive white plume of smoke, which dissolves as quickly as it appears. This cloud of smoke forms from condensed water vapour from the air. The user of the CO2 Gun can point the plume in several directions and even make swinging movements with it. The CO2 Gun takes the spectator to science-fiction-like realms!

Psyco2jet
The psyco2jet is the latest version of the CO2 Jet. This DMX-controlled CO2 jet has a built-in tilting function. This enables you to swing the head of the jet from left to right and thus offers a multitude of possibilities to create beautiful pictures!

POWER DROP
Who hasn’t seen it? The unveiling of a glossy product, a new company logo with an moving text or a prominent person through a curtain that drops at the moment of truth. The Power Drop is suitable for this application. The Power Drop is a reliable falling curtain system consisting of separate modules. This makes it suitable for both an enormous falling curtain of many square meters and for a small curtain in a portal. Each module is equipped with a small flash that produces a flash of light when the falling curtain is released, if desired. The Power Drop can also be used in other situations where objects have to fall down, such as balloons from the roof of an event hall.

BUBBLE MACHINE
Homo Bulla Est: Desiderius Erasmus saw the bubble as a symbol of the transience of man. No matter how transient, a thick stream of bubbles is always a magical sight. The Bubble Master is a bubble machine that produces more than 6,000 bubbles a minute. This contributes to the festive atmosphere of every indoor event, certainly with properly focused and dosed lighting. But the Bubble Master can also turn an open-air daytime show into a magical experience.

SMOKE BUBBLE BLASTER
Version 2.0 of the bubble machine is on the market! A powerful bubble machine that produces 6,000 bubbles a minute with the option to fill the bubbles with smoke instead of air! This gives the effect a whole new dimension!

SPARKULAR
If fireworks are not an option for your event, the Sparkular is the next best thing. This machine mimics a fountain effect. The effect is DMX controlled and adjustable in height up to a maximum of 5 meters high. A fireworks permit is not required and the effect can be used for several minutes per load.

SPARKULAR CYCLONE
The Sparkular Cyclone is the big brother of the Sparkular with a spectacular height of up to 10 meters!

SMOKEJET
The Smokejet is a smoke machine, equipped with LED, which can be used universally as a smoke effect with a maximum output of 5 meters. Thanks to the scaffolding clamps, the effect can be installed and used in every corner of a room. The Smokejet can even be used upside down! 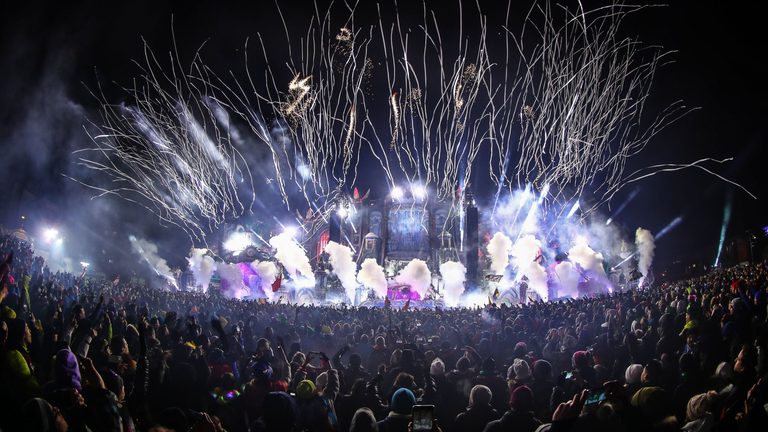